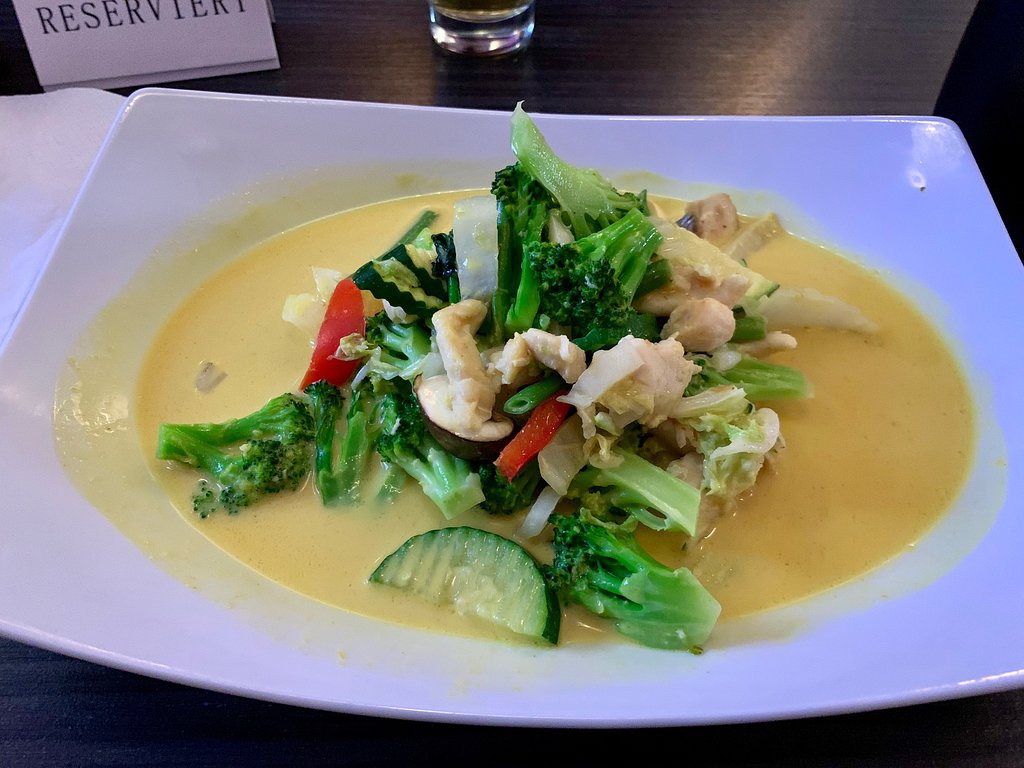 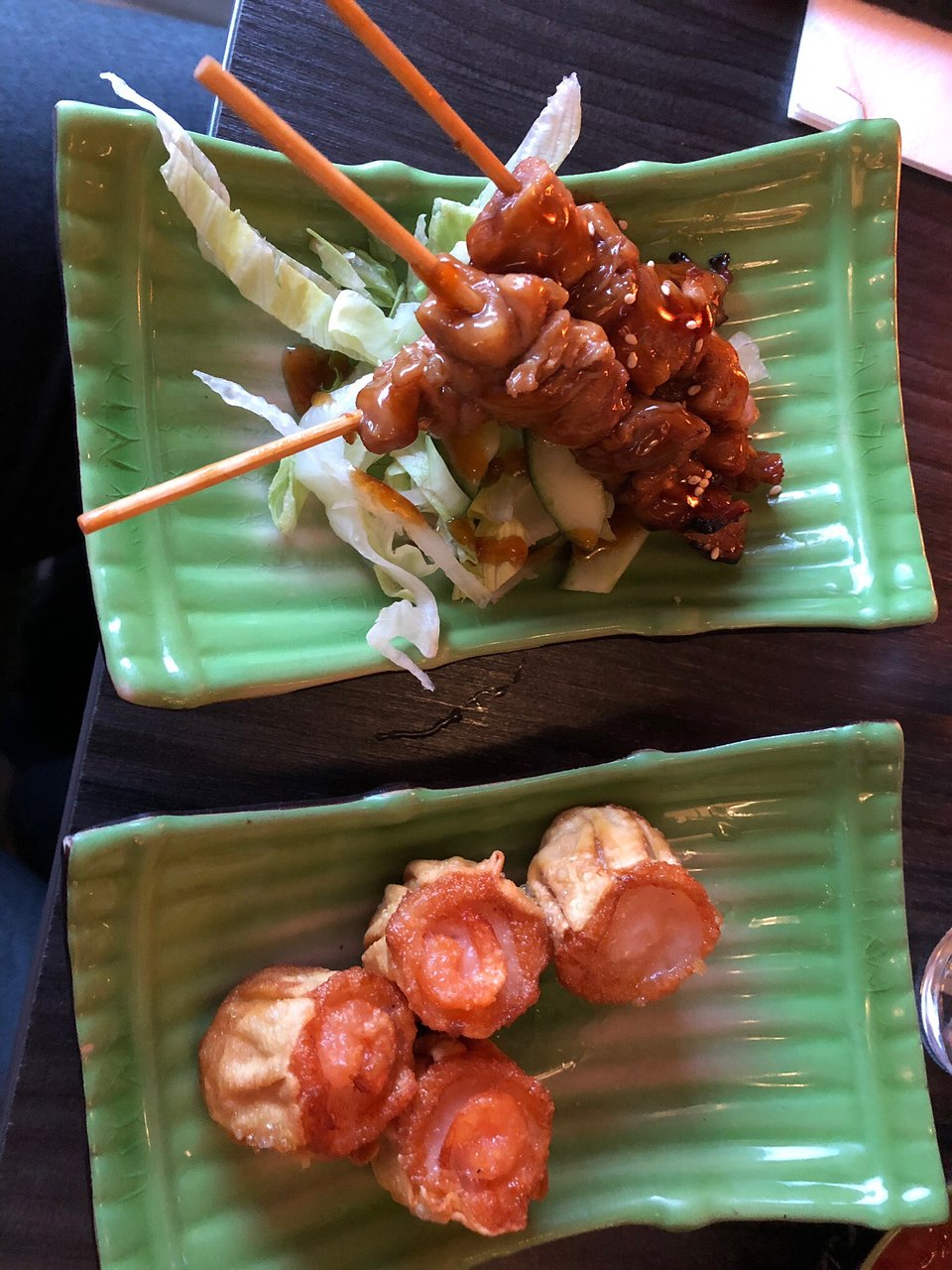 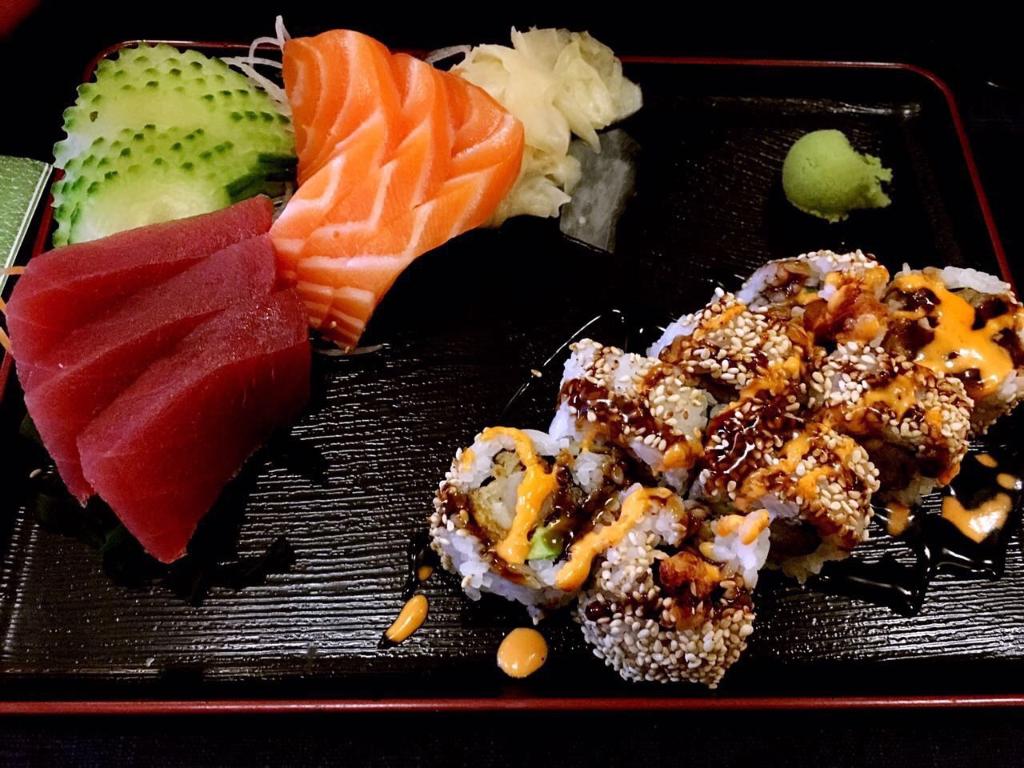 Unbeatable value for money. Have been there many times.

Very good sushi and by far the best price / performance ratio in Munich. The quality of the fish is particularly noteworthy.

We're not from Munich. That evening we spontaneously decided to order sushi. We looked at many sushi shops on the Internet and also on the Lieferando. Then we decided to order from Yuki Hanna because the photos of the food looked good. We stayed very satisfied. The fish was very fresh and of good quality. Everything was really delicious. We are very demanding when it comes to sushi, but this time we were very satisfied. The waiter was lovely too. The prices are reasonable and not overpriced. So if you have high sushi quality requirements, then order at Yuki Hanna. You will certainly not regret yourselves. A little note: you don't have a web site. The menu is posted on Facebook, which I don't think is great. Otherwise everything is perfect

In my opinion, the best price / performance ratio for sushi in Munich. The selection of sushi is ok and it tastes really great. The ambience is not fancy, but ok. The toilet is a big drawback, however.

I think the food is actually quite good and the prices are right, but I find the staff, with a few exceptions, rather unfriendly. If you come alone, you always get the worst and draftiest place. I wasn't planning to sit down alone at a table for 4 people, but to be honest, the shop is empty and I first have to discuss not having to sit in the train at the open door (has happened a few times). At other tables it was immediately clear to them that they could stay for a maximum of one hour. The tables are very close and to date I have never had to leave my personal data for Covid tracking!

Very tasty food, I would recommend it to everyone. (Attention !!! No card payment possible)

Food was good, actually. Restaurant is very small, hardly any distance between the tables. The toilet can only be reached via the kitchen and is very small, behind a curtain, and quite worn. The worst thing was when paying: only cash payment possible. So I had to look for a bank for another 15-20 minutes.

A one-stop neighbourhood restaurant that serves all kinds of mix and match Asian cuisines from sushi to yaki soba from pho to fried chicken. It reminds me of “Hare&Tortoise” from London. The dishes are hyper localised for Germans: strong favour, salty and a lot of sauce(pre-mixed) No wonder it is packed on a rainy Monday night. Not bad for its value but don’t expect authenticity (exclude the sushi’s, haven’t tried). A good choice for takeaways for a lazy Sunday night.

Very tasty and not too expensive! Sushi, noodle soups, noodle and rice dishes are all recommended - and the tea for 1.50 €:) Unfortunately, the service is often not attentive or busy, so ordering takes a long time.

Super tasty and an absolute recommendation if you can live in a slightly dusty atmosphere. The kitchen is excellent and a nice change from the otherwise quite uniform Asian cuisine in Munich.

I haven't eaten so well in a long time. The price was more than adequate, for two with 3 courses and drinks under 50 euros. Atmosphere is nondescript, staff nice and the food unbeatable. Have never eaten Japanese so well.

Just recently we tried out a new sushi spot. Comprehensive menu, great taste, fair pricing. Facts you’d need to know: they accept no payment by any card/s-cash only. And entire restaurant is very small, if you need private space or want to have a private conversation... rather chose another restaurant.

Great price for decent sushi. If your looking for good Japanese food on a budget this is the place to go!

Yuki Hana is one of those restaurants that I wish is closer to where I live so I can visit every week. The reality is often disappointing, but I'll have to make do with eating here as often as I can while I'm in Munich. The price itself isnt that expensive, but the portion brings it to medium price range. Granted this is a small family owned restaurant, so portion size can't be extravagantly large if they plan to stay open for long. I'm a picky eater, but the food taste phenomenal and I was at a loss of words as soon as the food enters my mouth. I can't speak for other food, but the no.41 ramen and softshell crab sushi roll were food so good that I'd die for. 10/10 would recommend to anyone that enjoys oriental style food and would come back in a drop of a dime.

IT IS NOT an authentic Japanese restaurant. This restaurant serves Asians food. They do sell some Japanese dishes like the Don-bowls, but their menu mainly has Asian foods, namely xiaomai (Cantonese), pho (spelled fô, in their card, Vietnamese), spring rolls (Vietnamese), etc. Food wise, we ordered ramen and unagi don. You've guessed it, the ramen is not a ramen. It is not based on a broth but on a mixture of ingredients. The taste was really fishy which was odd, and it contained a xiaomai for some unknown reasons. The eggs were hard eggs. The châshu was just a water cooked pork belly. Pretty bad overall. The unagi-don was a big disappointment. The slice were very thin, almost like a carpaccio served on rice, which was quite mushy. The prices for the sushis/makis were really high, higher than some well known restaurant including other expensive cities like Paris. As usual, the restaurant is way overrated and the quality/taste isn't here at all. Avoid if you want a real Japanese experience

It is a small place with few tables. The staff is very nice and the food is good. The fish is fresh and well cooked. The right prices. Recommended

A few people have said that and it is important to register that it is a regular Japanese place - nothing fancy but good food. They take only cash, no credit cards which is a bit of nuisance.

My favourite stop for Japanese food in Munich. Tasty dishes at a very affordable price, fast service and a nice atmosphere. The only downside: it's cash only.

Good value for money, service could be slightly more welcoming

No photos as the food wasn't impressive. Still, it's Asian food cooked by Asians in the middle of Munich. Its not top notch but definitely OK. Had eel rice (serving size was small for me Asian, def not enough for a westerner) and chicken teriyaki.

Came here based on good reviews and comments that it’s authentic Japanese food. Utterly disappointed and found it to be the exact opposite. I’ve worked in Japanese owned sushi bars for over 10 years. This place offended my palette. Sushi rice is the foundation of good sushi. The rice was hard, lacked appropriate flavor & balance & was frankly, uneditable. The chirashi bowl was slathered in chili sauce & the ikura & tamago were prepared in a way that made me think the chef had no training in Japanese cuisine. Please avoid at all costs if you’re looking for good food.

Tiny restaurant, food was good ,prices also,staff ok.They don't accept cards and better is to make a reservation before

A somehow hidden gem in the heart of Munich. Authentic taste of Asia, in a cosy atmosphere with kind staff.

The restaurant is in the inner yard!

A somehow hidden gem in the heart of Munich. Authentic taste of Asia, in a cosy atmosphere with kind staff.

Though the owners are not japanese but vietnamese the kitchen serves authentic japanese food for a reasonable price especially for Munich. Only wormwood: no towels in the restroom.

We really loved all the foods and also the serving. They look great and taste great. #foodporn It’s a nice place with kind people.

The service was really nice and you did not have to wait so long for food. Maybe it's because I have a lot of comparisons and the Japanese cuisine is good, but I thought the food was alright. Personally, I did not find the sushi so tasty (did not like it that much). The ramen is for "Ramen get to know" quite well, but would recommend other restaurants in Munich for really good ramen. The gyoza I found delicious. What I really liked very much: they have a very large selection of dishes and the dishes are not overpriced (price performance is therefore balanced). Yakisoba / Yakiudon looked very good at our table neighbors. Conclusion: Not the best, but still recommendable

Good, delicious, and authentic food. My group and I received excellent service from the staff and the food and was ready pretty quickly. They have many options and every person in mu group was happy with their order.

Great price for decent sushi. If your looking for good Japanese food on a budget this is the place to go!

This site uses cookies to improve the site and your experience on it, If you agree to the processing of data - please click on

Your question has been sent.

Your review has been submitted.

Want to order over the phone?

Thank you for being with us!

We will call you back!